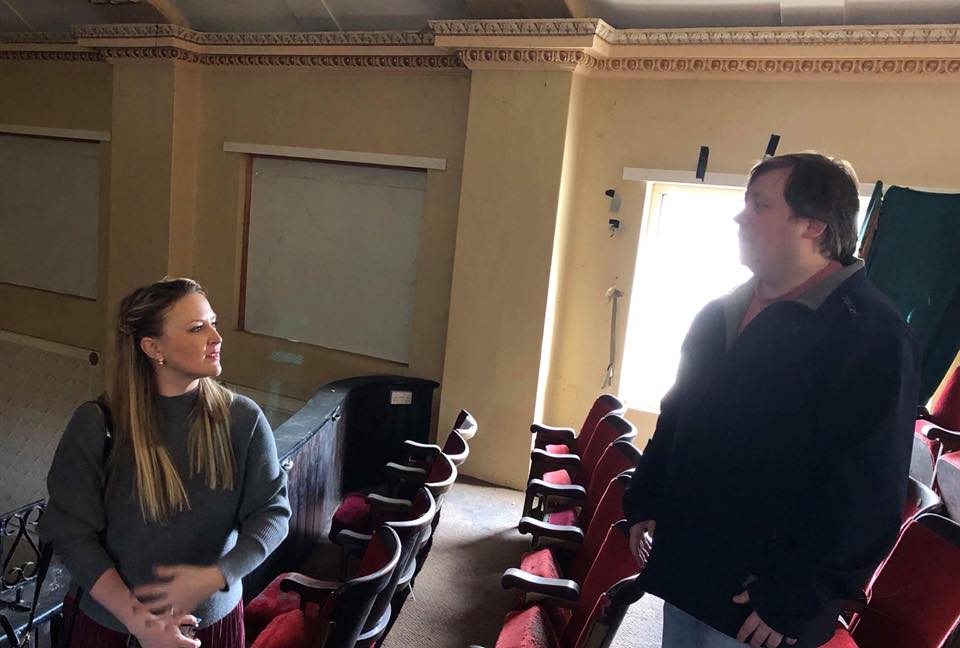 Welsh Assembly Member for Plaid Cymru, Bethan Sayeed came to visit the Resolven Miners Welfare building in April 2018. On her visit she was taken on a tour of the building to which she was delightfully surprised with what it contained. She did not realise that the building housed a theatre space capable of seating 300 or more people.

During her visit the trustees asked the important questions that included funding and how we can build the profile of our project to get people noticing. Bethan informed the trustees that the project can be brought up in the welsh assembly chamber for discussion and would allow the project the opportunity for all assembly members to become aware of our plans. This has been taken place twice so for and the trustees have thanked Bethan for her continued support in our restoration project.

From the discussions in the welsh assembly, the trustees have been able to build on an ever-increasing portfolio of professionalism and project awareness. Doing so will provide evidence-based information that funding organisations are looking for when assessing applications. It has also provided the opportunity for the trustees to engage with highly professional, successful organisations that are able to assist in the planning and delivery of the restoration project of the Resolven Miners welfare building.

The charity looks forward to working closely with Bethan in the future as her help has been of significant values over the past few months and looks like it will continue for many more!

A Building Condition Survey is required to ascertain what internal works are needed. This...