Robert has lived in Resolven all his life, growing up in John Street and then moving to Commercial Road where he previously owned the Resolven Newsagents from 1999 to 2003. Since its closure he has been a civil servant, events manager and now the secretary of the trustees for the Resolven Miners Welfare Scheme. Robert proudly classifies himself as part of a large mining family where his father, grandfathers, great grandfathers and so on were all miners in the local collieries surrounding Resolven. Hence his involvement and passion regarding the restoration and preservation of the Resolven Miners Welfare Building.

Over the past 4 years he has been part of the Resolven Community Events Group. This thriving community group is responsible for organising the Resolven Carnival and Resolven Christmas Fayre events every year. They also organise entertainment evenings for the residents that utilise the services and facilities Resolven has to offer.

In September 2017, he was one of many interested residents, looking at the future of the Resolven Miners Welfare building. On the 21st December 2017 he became the secretary of the trustees and he along with 10 others became responsible for the welfare building. Since Dec. 2017 he and the other trustees have been working on the necessary tasks that will cement the foundations that will enable the restoration of the welfare building to become a reality.
Robert is currently completing his Psychology and Counselling Degree. 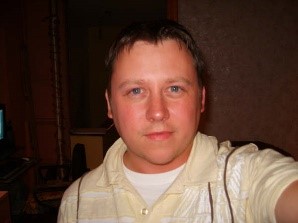